It takes decades to build an empire and just 1 day for it to fall apart. When Rana Kapoor quit ANZ Grindlays in 1998, he had better things in mind. He joined Ashok Kapur and Harkirat Singh, both former country heads of ABN AMRO and Deutsche Bank, respectively, to set up Rabo India Finance with 75% equity belonging to the Rabo Bank of the Netherlands.

Even though they owned 25% of the equity, Kapur, Kapoor, and Singh weren’t done with their ambitions. They sold their equity 5 yrs in to set up a private sector bank. In Nov 2003, Yes Bank was incorporated, free to impact the Indian economy. Their journey since then has seen them ride highs, lows, and ultimately fall into crisis.

The crisis occurred on 5th Mar 2020, when the RBI imposed a moratorium in a bid to rescue Yes Bank’s internal economics. In its press release, the apex bank stated that it had engaged with Yes Bank’s management to help overcome its hardships and requested a credible revival plan, which did not materialise.

If you’ve come across the word moratorium before, you’ll know that it is a temporary suspension of activity of an organisation until the events causing the suspension are addressed.

In a bid to protect the public and depositors from the bank’s financial crisis, the RBI intervened stating “it had no alternative but to apply to the central government for imposing a moratorium under Section 45 of the Banking Regulation Act, 1949.”

From Nifty 50 to the moratorium

At one point, Yes Bank was the 5th largest private lender by market cap, and Yes Bank shares had performed so well, it broke into the Nifty 50 in 2015. A large part of this was down to Rana Kapoor, the Yes Bank CEO, known as the ‘lender of the last resort’ for his ability to recover every penny from the most questionable clients. The principal aim of the bank was to become a leader in the Indian financial sector.

Yes Bank made steady progress towards this aim in the initial years before going public in Jun 2005. The same year, Rana Kapoor was awarded ‘Startup Entrepreneur of the Year’ at the E&Y Entrepreneur Awards. In 2008, Yes Bank won the Emerging Markets Sustainable Bank of the Year award in London, an award it won two times.

Its sustainability was challenged when co-founder Ashok Kapur was tragically killed in the 26/11 terror attacks in Mumbai.

Losing his brother-in-law and a leader pushed Rana Kapoor and Yes Bank further as it became one of the fastest-growing banks in the world in 2009. While it was also considered to be superbly managed in 2011 and set to dominate for many decades, the bank soon fell into a crisis.

The crisis came to a head when Yes Bank under-reported its non-performing assets to the RBI for the second time, damaging Rana Kapoor’s reputation and ending his tenure as CEO in Sep 2018.  He is currently in jail after the Enforcement Directorate (ED) arrested him as per provisions of the Prevention of Money Laundering Act (PMLA). This was among the many events which led the Yes Bank share price in 2020 to hit an all-time low of Rs 11.70 in Aug.

What were the events that caused the RBI to impose a moratorium?

In its bid to maximise profit at high-interest rates, Yes Bank bet on big businesses that didn’t go to plan. Yes Bank provided loans to IL&FS, Dewan Housing, and other companies who either went bust or spiralled into negative growth, including CCD, Cox and Kings, and Jet Airways. Yes Bank said ‘Yes’ to failing businesses, even if it didn’t know they would fail then. Poor investments hurt everyone.

Improper health checks could have been one of the reasons. Similar to assessing a potential multibagger, one can look at a company’s financial health to predict its future performance. Yes Bank chose to skip it and funded these massive deals working directly with promoters instead of the consortium.

Promoters are individuals or companies who act on their own to raise investments, while consortium pools together multiple banks’ funds to fund a particular project. The former is a quicker process, while the latter is a safer bet. Yes Bank said ‘Yes’ to projects possibly too big for them and ‘No’ to proper financial health checks.

Strong preventive processes and the discipline to execute them and minimise chances of failure must come from the principal governors of the organisation. You must be aware by now of the impact management teams can have on an organisation’s direction.

Uttam Prakash Agarwal, an independent director at Yes Bank, understood this and resigned, citing lack of control or decision of the directors and governance being exclusively management-driven. The former ICAI chief gave an interview, pushing Yes Bank news to the front pages again when he claimed it had failed to follow due process and expressed dissatisfaction with the system followed to raise funds. But, Yes Bank did not pay heed to suggestions to improve fund-raising systems by their independent directors.

Two major red flags to look out for when investing in a company are poor financial health and weak management. These red flags opened up a pandora’s box of risks for Yes Bank and none of the investors wanted a piece of it. Some were even in talks with the RBI and the bank to assess a cash infusion. The investors said ‘No’ to the bank’s proposals.

For any investor trying to turn things around, outward cash flow must be kept in check while maximising incoming revenue. The latter had declined while the former kept increasing with Yes Bank’s customers continually withdrawing money and racking up a deposit check of over Rs 2 lakh cr as of Sep 2019. People said ‘Yes’ to more withdrawals.

While the RBI had been in conversations with Yes Bank for a while, many experts believe the governing body wasn’t proactive enough in talks and could have stopped the decline sooner. Certain policies like demonetisation also had a detrimental effect on the bank’s performance. The RBI stepped in and organised a takeover in Mar 2020, and there has been a steady recovery since then.

Speaking in Jan 2021, 9 mth after the intervention, current Yes Bank CEO Prashant Kumar said the bank was able to recover 50-60% of bad loans, had improved operating profits despite a pandemic washout, and are comfortably placed with regards to capital.

He was satisfied with the progress to hit Q3, Q4 targets and optimistic about a future predicting good results once the 3 key sectors: aviation, real estate, and hospitality recover from the pandemic. He credited the RBI for the infusion and restructuring.

Although the Yes Bank empire began with the right reasons and had all the ingredients of a sustainable success story, its skilled management team perhaps lived up to the name of the bank a bit too much and had to resort to uncomfortable measures to steer a sinking ship home.

A bank is not just a business venture but also a responsibility to the people. The RBI stepped in to ensure the depositors’ trust and hard work and by helping in sustaining the bank. While its future is uncertain, you can find the latest news about Yes Bank on Tickertape’s Stock Page, which also offers multiple tools to analyse stocks. 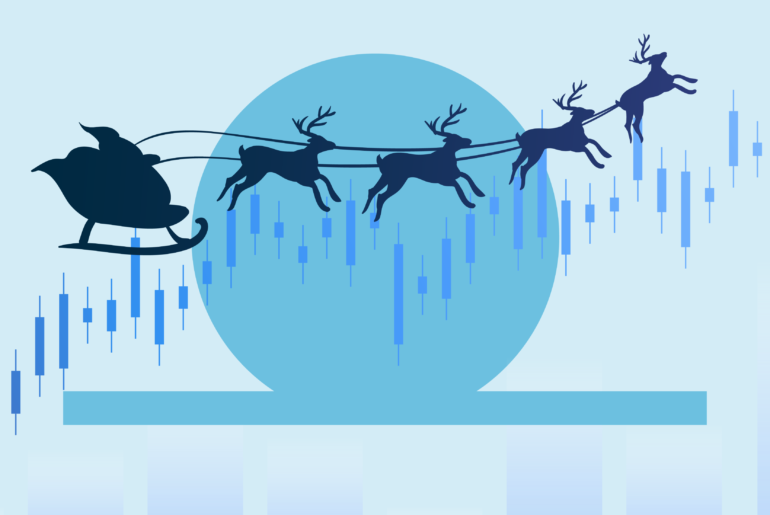 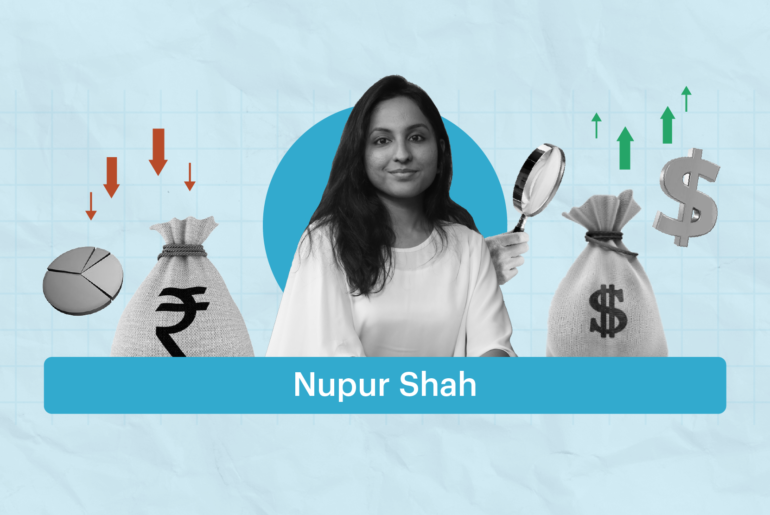 Rupee Depreciating Against Dollar – The Reason and Impact 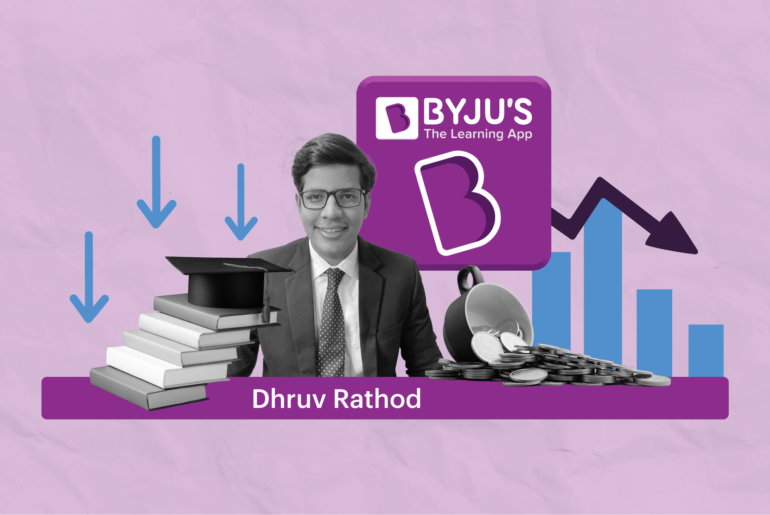 Is Edtech Giant Byju’s Under Trouble?